We have recently started work on a new David Wilson Homes development at Lambeth road, Easby. The job is a large site comprising of over 280 plots. The site is an old housing estate which has been demolished to make way for new houses. This means that the new roads and sewers must tie into the existing roads and sewers on virtually every boundary to the site. It also means that we must deal with many existing services including a major fibre optic feed for Liverpool. The contract includes:

Since being awarded the contract we have developed an excellent working relationship with the local authorities for both the highways and sewers. This has meant we have been able to carry out the work in the existing carriageway as efficiently as possible. The development of the site is such that it will be released in numerous phases and so will be an ongoing contract for some time. 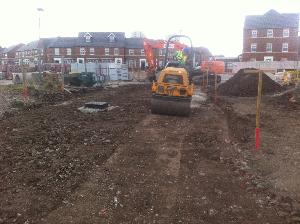 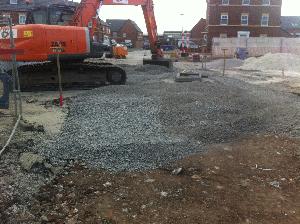 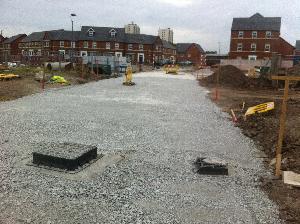